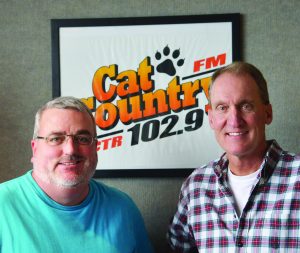 Originally published in the print edition of Yellowstone County News.

BILLINGS — Cat Country’s morning crew returned back to work on Monday, March 13 after 3 weeks off the air since radio DJ Paul Mushaben was suspended after a blog post that he authored on the radio station’s blog that many said was racist.

Mushaben issued an apology upon his return this week.

“It suggested separation for Native American teams to play in their own tournament at separate facilities. I apologize and regret making those statements.”

Mushaben’s blog post not only received backlash from locals and Native Americans, it also sparked public and private conversations online and off about native schools and teams throughout the state who destroy property and facilities at tournaments.

Included in his apology statement, “My intent was to address the unruly behavior at these events and the disrespect of the facilities, and to convey that any team, and I mean any team, not willing to acknowledge and obey the rules should not be allowed to participate.”

The outspoken radio DJ also posted in his statement that he will “continue to pressure the Read full story in print or online by subscribing or purchasing at your local store or dispenser.