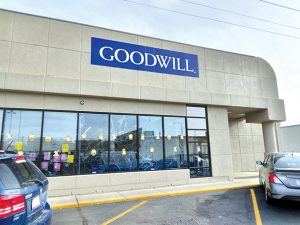 Situated right next to Perkins in the former CVS Pharmacy in downtown Billings, the recently-opened Goodwill on North 27th Street is already hopping with business. (Michael Marino photo)

A new location of the thrift store Easter Seals-Goodwill, located at 823 North 27th St. in Billings, opened its doors recently making it the third of its kind in the Magic City.

Formerly a CVS Pharmacy, the newly renovated space will include a 6,000 square-foot sales floor, with the remainder of the 10,000 square-foot building being used to process donations and train new employees. The new thrift store also plans to create about 20 new jobs for residents in the area, said spokesperson Chelle Fried.

A spokesperson with the company said they are currently accepting applications for various positions at the downtown location, for which one may apply either in-person at the store (located downtown next to Perkins restaurant) or online at www.esgw.org/jobs.