Many “firsts” are occurring on the campus of Lockwood High this year, including the first homecoming week and the upcoming graduation of the school’s first group of seniors in the spring of 2023. 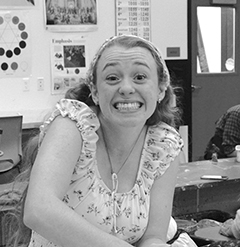 Gwyn Cusak, crowned Lockwood High School’s first homecoming queen, said she enjoys the level of community involvement with the school. She said, “It’s really close-knit… everybody knows each other, and everyone cares for each other.”

Gwyn stated she is from a city much larger than Lockwood, where her freshman class was 1,000 students. Moving to Montana has given her a “a whole new perspective,” she said.

Gwyn reported the school took one victory in volleyball. She thought everyone “brought a lot of spirit,” despite the losses. Also a cheerleader, Gwyn stated she enjoyed feeling the energy and excitement.

During homecoming week, Gwyn says, as the Student Body President, she was “very busy the whole time with setting everything up.”

“When it was time for the royalty to be announced,” said Gwyn, “I wasn’t really thinking anything of it.” She was so shocked and excited when it happened, she jokingly said, “I kind of made a weird face like I didn’t like it,” but clarified she was simply overwhelmed by surprise.

The parade scheduled for homecoming weekend got cancelled due to rain; however, Gwyn stated that many of the floats simply set up their decorations inside.

When asked her future plans, Gwyn said she’s interested in studying art history, archeology or midwifery, and that she currently plans on attending Montana State University-Bozeman for their film art and nursing programs. She also plans to volunteer on farms in third-world countries and study abroad. 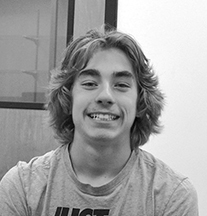 This year’s king, Austin Bonebright, has attended Lockwood Schools since kindergarten. He said he participated in some of the homecoming dress up days like Senior Toga Day, and “Country vs. Country Day.”

“We had a pep assembly on Monday,” he stated, “and a guest speaker came on Tuesday.”

On Wednesday? According to Austin, it was a “normal day.”

Austin also plays varsity football, and though he was a bit disappointed by Lockwood’s loss at homecoming, it didn’t faze him.

When asked how it felt to be a part of the first senior class to graduate from Lockwood High, Austin said he thinks it’s “a pretty cool thing,” and that they’re making history this year.

He plans to pursue a career as an electrician after he graduates this spring.