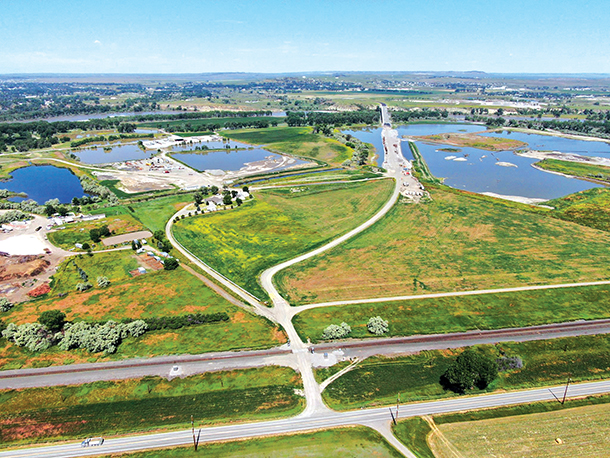 Bids for the next phase of the Billings Bypass will be issued soon for this fall. Here, a drone image captures the receding water levels from the historic flood waters near the Billings Bypass and Yellowstone River in Lockwood. (Done Image by Jonathan McNiven)

Construction of the Billings Bypass is continuing with plans to request bids in September to build the road that will connect the newly constructed Yellowstone River Bridge to where the overpass will be built over the railroad tracks, north of the Johnson Lane Interchange. Construction of the road could begin in the fall, but it depends on the bids the Montana Department of Transportation receives, said Rod Nelson, MDT Billings District Administrator.

Nelson explained construction will begin when the contractor who gets the bid can do it, which has become increasingly unpredictable given labor shortages, supply issues and a shortage of contractors. “We are certainly seeing less contractors bidding,” he said, “but it has not caused us a problem.” Rising costs, while a certainty, have also not interfered with any of MDT’s projects, which became many more than anticipated with the floods that ravaged the upper Yellowstone region a few weeks ago.