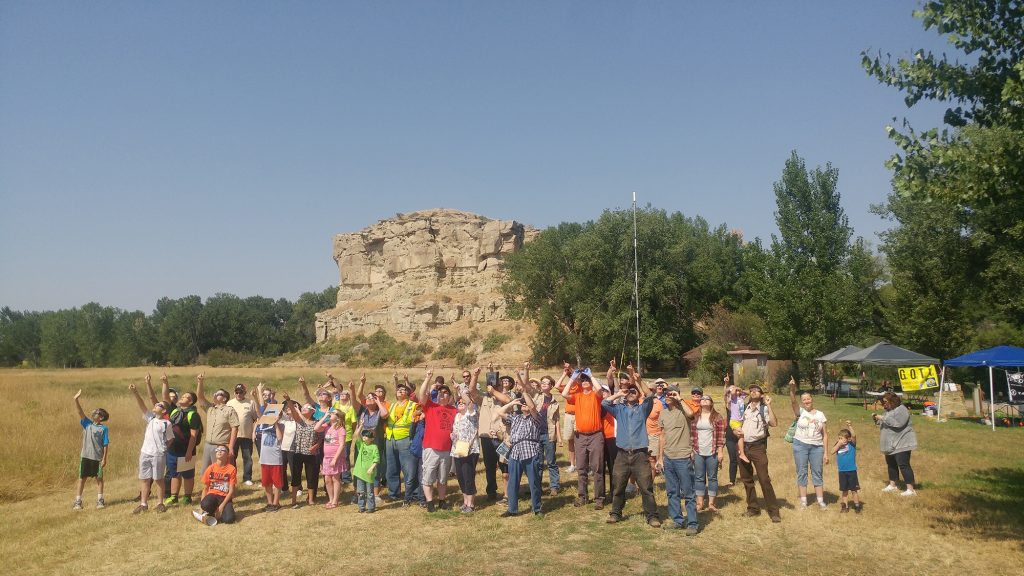 With their eyes protected by special glasses, a crowd gathered at Pompeys Pillar National Monument (behind group) to watch Monday’s solar eclipse. Ham radio operators used the eclipse to test how radio waves were affected the changes in solar energy. (Jonathan McNiven photo)

POMPEYS PILLAR — Monday’s solar eclipse wowed people who gazed up at the sky, but on the ground at Pompeys Pillar, ham radio operators from the Yellowstone Radio Club were listening for responses to their broadcasts at the national monument.

For Bob Hall, a ranger for the Bureau of Land Management and longtime ham radio operator, Monday’s solar eclipse was a mix of the mystical with pure scientific data.

“Hams, by their nature, have a scientific bent,” Hall said. The ham radio operators on Monday were part of a nationwide fabric transmitting and receiving both Morse code and voice transmissions, collecting data for Virginia Tech researchers.

The experiment was set up to find out more about how the interruption of solar radiation  ... Read full story on Yellowstone County News website and in print.