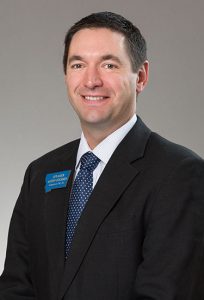 By Austin Knudsen,  Montana Speaker of the House.

In April, Sen. Jon Tester joined an unsuccessful partisan effort to filibuster Judge Neil Gorsuch’s nomination to the Supreme Court. To justify his actions, Tester said at the time, “With Judge Gorsuch on the bench, I am deeply concerned that dark money will continue to drown out the voices and votes of citizens.”

It seems Tester has changed his tune on “dark money” just a few months later.

The blatant hypocrisy of bemoaning “dark money” in attempt to score political points and then willfully accepting it when it benefits him personally is appalling.

The ad features professionally shot and produced footage that was made publicly available via Tester’s YouTube channel on June 7, yet the ad began running weeks before.

It’s against the law for dark money groups like Majority Forward to coordinate with political campaigns. So how did Schumer and Majority Forward get the Tester footage weeks before it was made public?

It could be that Tester and Schumer planned this all out on the beaches of Cancun, Mexico. In February, both Tester and Schumer received an all-expense paid trip to Cancun where they joined fellow Democrat Senator Clair McCaskill of Missouri.

Dark money hypocrisy or illegal campaign coordination, I don’t know which is worse.

Whatever the case may be, it is time for Sen. Tester to be honest with the people of Montana. If he is truly concerned about the impacts of “dark money” in elections, then he needs to immediately denounce the ads running on his behalf. If he is not, then he needs stop trying to score political points by publicly opposing this type of spending while condemning it when it is to his benefit.

Austin Knudsen, Speaker of the House

Editor’s note: A fifth generation Montanan from Culbertson, Austin Knudsen is the Speaker of the Montana House of Representatives. Outside of politics, Austin is an attorney and farms with his family at Culbertson and Bainville. Austin and his wife Christie live outside Culbertson with their 3 children.