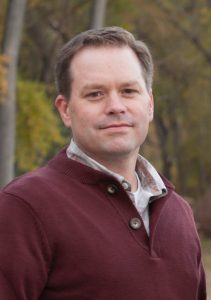 BILLINGS — Ed Walker, 46, of Billings, a former Montana state legislator, is throwing his hat in the ring for the election to fill the U.S. House of Representatives seat which will be vacated with the resignation of Republican Ryan Zinke, if and when he is confirmed by the U.S. Senate as Secretary of the Interior.

Walker, who was elected to the state Senate in 2010 in Senate District 29, said that he recently toured the state and visited with Republican delegates who will potentially select their party’s candidate. Those conversations leave him confident that he can win the seat, he said.

“They are looking for someone who believes in the core principles of all Montanans. . . someone who is genuine. . . and for someone who can win,” he said. Walker believes that he has the record of a winner and has the experience to raise the funding necessary to run a successful campaign.

He is also very confident he holds the core values that all of the delegates said they wanted to see in a candidate. There are differences in issues the delegates are concerned about, from one part of the state to another, said Walker, but fundamentally they share the same values.

With his announcement, Walker joins a growing list of about six Republicans who have announced their candidacy, and a few who have only indicated an interest in doing so. The Republican list of candidates is only slightly longer than the Democrat’s list of four. Added to that will be at least one Libertarian candidate, if not more.

President Donald Trump named Zinke as his pick for the Department of the Interior, but the confirmation process has been stalled by Democrats, far beyond expectations. At latest report, with Congress taking a recess, Zinke’s confirmation is expected to be taken up no sooner than the end of February or even possibly to mid March, at which time Zinke is expected to resign his seat in the House of Representatives.

Once Zinke has resigned, each political party in Montana will select a candidate for a run off.

“The message that a candidate needs to make in order to win the election, is one of limited government and a belief in individual freedom,” said Walker, who has held to such principles since his youth, growing up in Colstrip, in a family that was very supportive of President Ronald Reagan. Walker attributes his lifelong interest in politics to his family, who often discussed political events and issues.

“I believe in individual freedom, freedom of speech and of religion, and the right to bear arms. These are fundamental constitutional freedoms everyone believes in,” said Walker, adding that he believes “the states should be free to READ Full story by subscribing to the Yellowstone County News.