Lockwood’s Ace Hardware kicked off a weekend of celebration with an unorthodox ribbon-cutting. Instead, Billings Mayor Tom Hanel, right, and Yellowstone County Commissioner John Ostlund, right, compete in a board cutting contest in front of the new King’s Ace Hardware store in Lockwood. (Photo Jonathan McNiven)

Friday’s grand opening of Lockwood’s newest store kicked off a fun-filled weekend of events, “board” cutting, food, and great prices.  Skip King, owner of the new King’s Ace Hardware in Lockwood, was referred to as the “King of Hardware” on Friday in comments made by Yellowstone County Commissioner John Ostlund at the Grand Opening celebration that started with the local veterans presenting the colors while the local Lockwood Middle school band played the National Anthem.

In addressing the crowd of attendees, King announced his excitement of reaching their ultimate goal and completion of the store in a one year timeframe in a location that he had originally looked at many years back.    But with the local infrastructure, local improvements, public services like water and sewer as well as the new Fire station located nearby, now was the time to build in Lockwood. 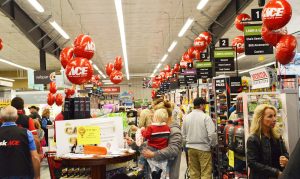 Lockwood’s store is the 5th Ace Hardware store that King has opened within Yellowstone County with other stores on Zimmerman Trail, State Avenue, Central Avenue, and Laurel. In the store, you’ll find fixtures and inventory including hardware, paint, plumbing, electrical, lawn & garden, house wares, automotive, power tools, hand tools, and a power equipment center.  Drawings and giveaways were included in the weekend celebration.

Also, located at Lockwood’s Ace Hardware store is bulk propane.  At 79 cents a gallon, propane sales sold out quickly by 1pm Friday.   Another propane truck was delivering more propane by 1:30pm which had to come from Bridger as that was the only truck available at the time.  Additional propane trucks came to deliver more propane during the weekend as well.  The bulk propane sale of 0.79 cents a gallon was just one of many sales going on during the weekend.

The new store opening comes on the heels of Stefan Streeter, District Administrator for MDOT-Billings Division, telling the Yellowstone County News last week that the first phase of the Billings Bypass construction could be as early as 2018 where construction of the New Five-Mile Road could be in full swing and construction mode if things go smoothly.  Other construction phases of a bridge over the Yellowstone River and the Railroad with Coulson Road being expanded, alongside Marys Street and Interstate 90 to be completed thereafter.  These enhancements of the Billings Bypass will also add to the infrastructure of the Lockwood area as new traffic signals have been placed within the last two years.

Store hours for King’s Ace Hardware in Lockwood are Monday Thru Friday 7:30am to 7pm with Saturdays 8-6pm and Sundays from 9-5pm. 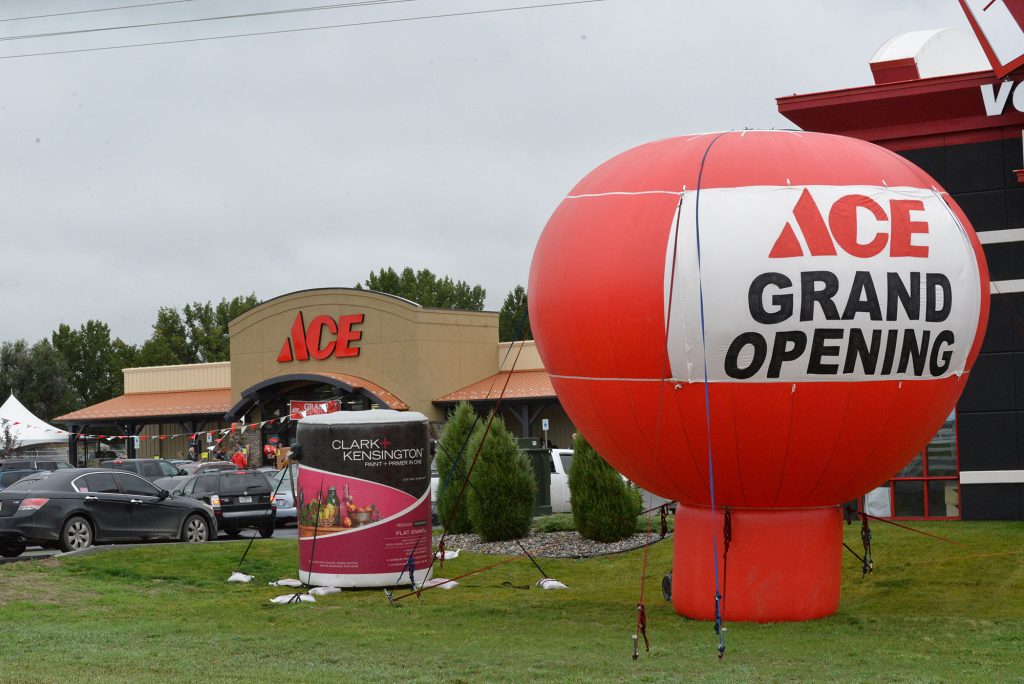 ← In case you missed it,
Candidate response misprinted incorrectly →