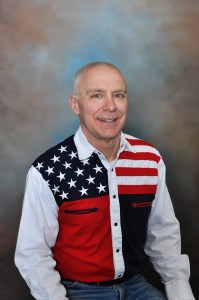 HUNTLEY — Mark Morse has filed as a candidate for Montana Senate District 28.

Morse, a Republican, is a lifelong conservative. Raised in upstate New York, Morse graduated from the State University of New York at Albany with a BS in Economics. He moved to Montana in 1993. At the millennium, Morse met and subsequently married Teresa Darnielle, a Billings native. Morse worked as a United States postal inspector, retiring in 2009 to pursue other interests. Morse opened a private investigation firm specializing in worker’s compensation and corporate fraud.

Morse is no stranger to hard work. Wwhen he is not doing investigations, he works at a local machine shop or helps a neighbor on the ranch.

Morse was one of 11 people who competed to fill the House District 56 seat vacated by Jonathan McNiven in late 2014 when he stepped down after purchasing the Yellowstone County News.

“After watching the performance of the 2015 Legislature,” Morse said, “I decided to run for the district where I live, Senate District 28. Residents of Senate District 28 need a strong voice in Helena. I will not back down from any issue involving constituents since they will be the individuals sending me to Helena. Talk less, listen more; the best solution is generally the local solution. ”

“Montana needs to send individuals to Helena with integrity and common sense to solve complex issues affecting everyone. I will bring diplomacy, my experience in law enforcement and good nature to Helena in serving Senate District 28.”

The deadline to file for any public office is Monday March 14th.