LOCKWOOD — No members of School District 2 Board attended a joint meeting that was planned with the Lockwood School Board for Tuesday evening. Their absence was no surprise, however, since SD2, sent a last- moment letter declining the Lockwood invitation, even after they had met just a couple days before to plan the agenda.

Lockwood Chairwoman Susan Vinton said she didn’t know what prompted the abrupt change by SD2, but she was disappointed. The Lockwood Board decided to proceed with the meeting in the hope that some SD2 members might still attend and because the agenda subjects remain important. Only four or five citizen /parents, a couple of Lockwood administrators and media were in attendance, along with the Lockwood trustees.

To stick to the agenda was something which, said Vinton, she had emphasized to SD2 as a goal in order to avoid potentially contentious issues. The agenda included only two items, how to help students to transition to high school and how to help their success in high school and beyond. “My reason for avoiding two potentially divisive issues was so we could find common ground and get to know each other,” she said. In the agenda planning meetings with SD2 Superintendent Terry Bouck and Board Chairwoman Greta Besh Moen, Vinton said she repeatedly emphasized the meeting would not be about redistricting or the legislative issues regarding new high schools.

“This meeting was the result of a year-long attempt to engage with School District 2 trustees,” she explained. The two boards held their first joint meeting last fall, hosted by SD2, just before the high school redistricting process started. Despite a set agenda that did not include redistricting, SD2 gave an hour long presentation to the Lockwood Board explaining the redistricting process, and the agenda items were not discussed.

For the most part, Tuesday evening’s meeting stuck to the agenda, evolving into something of a brain-storming session on how to mentor and support Lockwood students as they adjust to high school, especially for “at risk” students.

At the end of the meeting, the board agreed to try to arrange for another meeting with SD2. Vinton commented, “I feel like we’re in couples’ therapy with only half the couple here.”

The regular monthly meeting of the Lockwood School board, which will be held next Tuesday (Feb. 9), was rescheduled for an earlier hour—5 p.m. rather than 6 p.m. – so any board members who want to can attend the SD2 redistricting discussion which is being held the same evening.

During the public comment period, a parent, Nic Talmark, made a statement regarding the redistricting issue. SD2 is near completion in a process to reset boundaries on who will attend which of the district’s three high schools. The process has been somewhat contentious as Lockwood parents have struggled to maintain the option of being able to choose between Senior and Skyview High Schools – an option unique to Lockwood. At this point, the options being recommended by the Redistricting Committee, to the SD2 Board, would eliminate choice.

Talmark said that SD2 not only seems to want “to block us in building our own high school,” but “they don’t let you have a choice of where to send your kids to school.” He said, “We are getting pushed aside and getting disrespected.” He said that he was voicing the opinion of everyone he has talked to in Lockwood.

Lockwood Superintendent Tobin Novasio discussed efforts by SD2 to “get kids involved in the career center earlier,” which he believes is a good idea. Currently, they do not have access until they are juniors and for some students having the “hands on” experience is essential to keeping them engaged in school.

Speaking in his role as Lockwood Middle School Principal Gordon Klasna, who is also the high school representative on the SD2 board for Lockwood, explained the importance of efforts to get Lockwood students through grade levels so that they can finish high school before they are over 19, since SD2 will not accept students over 19 years old. He said shortly after he became principal at Lockwood, he worked with students who were behind, to move them ahead in class levels, because otherwise they had no chance of graduating high school. He sounded pleased in reporting that several of those students will be graduating high school this year.

Other discussion centered on working with students to make them aware of the importance of attendance. The transition to high school can be difficult for students who are not aware of a limit of ten absences in high school. But the effort should begin much earlier, it was stated. Lockwood begins working with much younger students and their parents in order to avoid developing “bad habits” in regard to attendance.

To have a “significant adult” involved with each student is one of the goals of Lockwood, explained Novasio, and that becomes just as important in high school. Board member Tim Sather explained how Hardin has hired a veteran specifically to work with at-risk students. He conducts a PE class at the beginning of each day, but works one-on-one with the students to work through all their issues and help them.

One-on-one support is important “with kids who are looking for a way to get out,” said Board member Don Reed.

Transportation was a reoccurring subject as being problematic, both in terms of not having it available for students to participate in extra-curricular activities, and also of long bus rides discouraging kids from attending classes.

“If we had some sort of activities bus, it would help,” said Novasio, who went on to explain that in his past efforts to negotiate that with SD2, the idea was rejected because “if they did it for Lockwood they would have to do it for all the feeder schools.” Novasio said he thought it could be done on a trial basis with Lockwood and if it proved effective, then maybe it needed to be done for all schools. “You have to start somewhere,” he said.

Board member Kat Luhman said that she had been told that SD2 would never provide an activities bus and the only way Lockwood would be able to provide that would be by doing so themselves, perhaps by finding a sponsor.

Questions were raised about legalities associated with “car pooling.”

Being involved with “something” – whether it is sports or drama and speech – is very important emphasized Vinton.

Novasio said, “It all boils down to engagement.” If school is something more than six hour a day of classes; if it comprises their social life and activities they enjoy, “it is hard for them to walk away,” he said.

Another suggestion was to involve a wide range of people in the process of stimulating interest and mentoring – involving people involved in business or professionals, who could can spark students’ interest in activities and occupations they might not otherwise know about. That is one reason, said Dan Carter, who represents ExxonMobil, that his company encourages their employees to be involved in the Science Fair and Reading Pride – so students at a young age can meet people who do a wide range of things that will expose them to the value of STEM education.

Reed said that there needs to be collaboration among schools, parents and businesses – “the more the better.”

It was noted by Sather how many times during their discussion during the meeting, circled around the need for a smaller, local community high school. 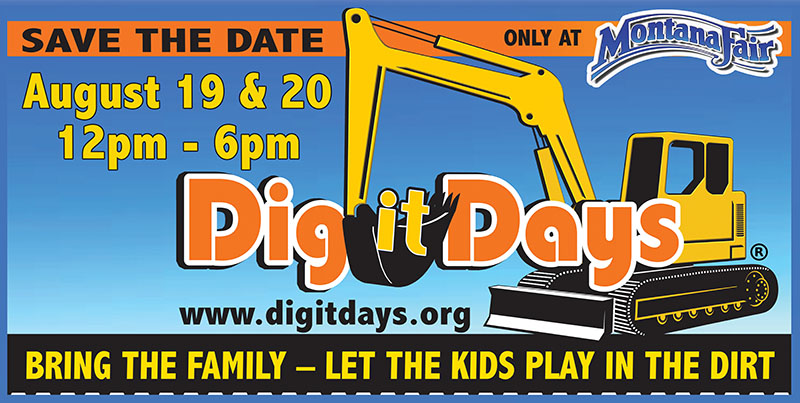