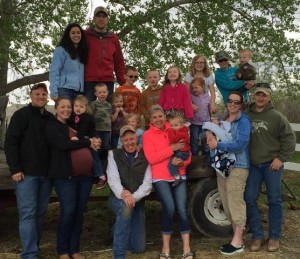 My trophy wife hits the nail on the head more than she misses.  Because it is my duty as head of the household to point out the nails she does miss, she would make the trophy wife hall of fame if she accepted my helpful corrections.  Surprisingly, she doesn’t.  (The thought police reading my column just spilled their lattes and I just love screwing with the haters.)  Druann teaches high school math, has raised three children, four if you count me, and has 13 grandchildren on the ground with two more due in 2015.  She spent nine summers cooking for our cattle drive business, which means she fed around 30 real and pretend cowboys using a Dutch oven and a shovel in whatever misery Mother Nature tossed at us.  All of the above made her an expert at adolescent psychology, so I listened closely when she weighed in on early childhood education; the latest sleight-of-hand the ruling class is proposing to control the unwashed.

To become a collectivist utopia the government must indoctrinate children before age six, so in 2007, progressives enacted full-day kindergarten in Montana.  As this was just the beginning, President Obama pushed for even earlier childhood education in his State of the Union Address in February of 2013.  To raise a population of subservient, mind-numbed worker bees with great self-esteem, leftists spew imaginary facts claiming children become more well-rounded adults if they are raised by the authority.  The hard data disputes their state-sponsored lie.

When I asked my trophy wife if she supported pre-K education she said, “Only if they have a dirt pile.”  With many educators heralding I-pads as the Bible of today’s electronic vortex, I found it odd she advocated dirt piles.  If you don’t know, a dirt pile is simply a pile of dirt on which little ones can build roads, caves, tunnels, forts, reservoirs and recreate battle scenes with toy soldiers.  The possibilities are limited only by their creativity and extensive studies reviewed in the May issue of Psychology Today proves the trophy wife is correct; proper adolescent development is all about the self-directed play such as five-year-olds crawling around the dirt pile.

Early childhood education comes in two forms, the first being direct-instruction (DI).  Like waterboarding mini-terrorists, DI children are force fed worksheet exercises to prep them for standardized testing.  The second form, play-based instruction, cultivates self-directed thought, problem solving and conflict resolution.  Here is how the two methods compare in real life.  In the 1970s, German researchers showed “by grade four the children from the direct-instruction kindergartens performed significantly worse than those from the play-based kindergartens on every measure.”  A similar study focusing on high poverty students in Michigan in 1967 found even more alarming results.  By age 23, the lives of students subject to direct-instruction kindergarten were a train wreck, having felony arrest records three times higher than those experiencing traditional, play-focused kindergarten.  Collectivists may have concealed the data for 25 years, but then came Baltimore and Ferguson.

Over the Mothers’ Day, my three children, their spouses and my 13 grandchildren celebrated the weekend with us.  It was absolute chaos.  There were sippy-cups spilled in every corner of the house caused by a never ending Nerf-gun battle and this was before the grandkids joined the action.  Once booted outside in the rain, if the wee ones weren’t paddling around the pond in the kayak, or hunting rabbits, they were harvesting willows and building the mother of all forts.  My descendants are raised country kids accustomed to self-directed play in barns, shops, ponds and brush patches.  This brings me to my point.  America’s future depends on whether progressives love their children more than they love the collective, because the second can only be advanced at the expense of the first.  Families be damned, their true allegiance is to the state.

Krayton Kerns is a cow doctor in his professional life, and was a Montana State Representative.  For more info and articles for Ramblings of a Cow Doctor, click here or visit www.kraytonkerns.com