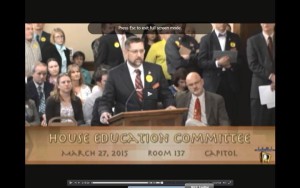 The Montana Legislature has returned from transmittal break and Senate Bill 107 has been heard in the Montana House last Friday. Proponents and Opponents for the bill testified from different perspectives regarding the merits of the bill including funding and the logistics.  Lockwood residents as well as other communities in Montana also testified for and against the expansion of some K-8 school districts into k-12 school districts.

The following video is of the hearing last Friday.  The hearing for Senate Bill 107 starts about 20 minutes into the video.

Here is the video to watch for the same Senate Bill 107 but in the Senate Education Committee meeting.