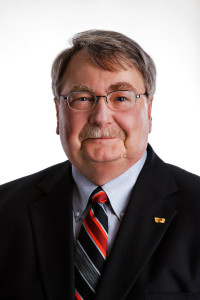 Tom Richmond was elected this week by Yellowstone County Commissioners to represent House District 56 in the 2015 Legislative Session.  County officials were given 3 names to choose from Monday’s Republican Central Committee meeting where each of 11 candidates were given the opportunity to represent themselves.  Of those present, businessman Barry Usher and newcomer Joshua Sizemore along with Richmond were recommended to the county commissioners.

Representative-Elect Tom Richmond, former Director of the Montana Board of Oil and Gas, will hit the ground running as he is familiar with the legislative process for some 30 years as the Director.

As Rickmond brings his experience to the legislative process, he also brings a knowledge of the Oil and Gas development in Montana that is needed in Montana as he mentioned in the meeting in Lockwood.  One can look across the Montana-North Dakota border and to the East see oil rigs but if you look West of the border, there is not much to see in regards to oil rigs.

Richmond’s new district was vacated by Jonathan McNiven, who was re-elected for a third term in November to run his newly purchased business of Yellowstone County News. Representative-Elect Tom Richmond’s district starts in Briarwood and Blue Creek which extends through all of Lockwood to Pryor Creek road in Huntley.  Richmond, a Republican, says that his stances in his prcvious unsuccessful race this year matched with that of HD56 district.

However, he’s excited to represent Lockwood in removing obstacles in allowing them to be able to vote on extending the k-8 school district into a possible high school district in the next legislative session.  Senator Taylor Brown has submitted the draft to remove that obstacle in the 2015 Legislative Session of which Richmond said he would support..