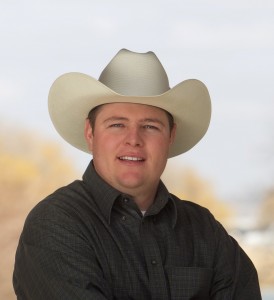 The article named “Becky’s Brewings to McNiven’s Meanderings” was originally published in the weekly Yellowstone County News in the November 26th edition.

So I’ve been trying to figure out a good transition from Becky’s Brewings (of which I personally enjoyed) to thoughts, current happenings in the communities, unique perspectives and ideas of my own.  So while working the night shift last weekend at Charter Communications (yes, many of us are working to get into a better position) I decided that Becky’s Brewings will now transition to McNiven’s Meanderings!   Here’s how I see it!  “To meander” means:  1. to follow a winding and turning course: 2. To move aimlessly and idly without fixed direction: – (in other words to wander), 3. A circuitous journey or excursion; ramble. Often used in the plural. 4. An ornamental pattern of winding or intertwining lines, used in art and architecture.

With that being said, I think it appropriate as I have no idea how to run a newspaper, nor write stories like a real reporter, nor have a lot of experience as the media; this column of “McNiven Meanderings” will meander all those hopefully into one column, in an orderly fashion of course…..well maybe!   I’ll try to focus on current happenings, thoughts, issues, ideas and mix them all together, whether they mix or match or however they just come out.  I’ll let you, the reader, be the judge.

I’ll talk a little about politics but believe me, it won’t be every week or every other week as others do.  In fact, I’ll bring an open minded fiscal conservative thought-ology (is that even a word? no) for you to consider.  I won’t spew crap every week from the University of Montana, school of journalism as we will report the news and be in your communities! I’ll leave a lot of the perspectives for you, the readers, to send to us and submit as letters to the editor.  If and when I do choose to write about politics, I’ll focus on the issues and try to focus on resolution, not just a biased unfounded opinion to fill the pages for copy.

Getting back to the politics part of it though!  🙂   I’ll leave that to the politicians of which brings me to my next point of me stepping down at the end of the year that was reported last week!  Some people seem to think and insinuate that I’m irresponsible because I decided to step down when I did.  For the record, the proposition of buying the newspaper was some 4 years in the making.  I was approached a long time ago about this option but I did not think it was the right thing to do for me or the communities then.  I’ve had many discussions with the former owners and built that relationship of confidence and trust to the point that all this finally happened in about a months’ time.

On another note, I was however at the same time 4 years ago in the process of trying to buy another business but it fell through as it was either not right for either party or the relationship of confidence and trust was not at a level my wife and I felt comfortable.  Therefore, it was dropped.

Now I’ll put this question to those (those still reading of course) and let you be the judge if what I did was irresponsible or not.  In fact, I think you as the reader will agree once the facts are out there.  I submitted my re-election paperwork at the beginning of 2014. My wife and I had no idea that we would be buying a newspaper business 10 months from then.  It just so happened that the acquisition completed within a month and was effective October 1, 2014 which was one month before the election.

Once the paper was purchased and I was re-elected, my wife and I were still planning for me to return to Helena for the next 2015 Legislative session.  I spent a week in Helena for caucus meetings and preparing for the transition while also trying to run a newly bought business but it became clear to my wife and I that we together had too much on our plate and needed to re-evaluate our priorities, responsibilities and future. As much as I wanted to return to Helena and continue serving as a State Representative, my real responsibilities are first at home.  How can you expect me to serve my constituents diligently if I’m neglecting my duties at home?

As my wife and I now have 5 children who need our attention and support, church leadership responsibilities to fulfill and now two successful businesses to run, what do you think is the more responsible adult thing to do at this present time?  I venture to say you will agree with me that present obligations need to be met first. Once those are met and done, I might think about adding another thing to my plate.

As much as I think my wife is superwoman, there is no letter “I” in team! Success is not determined by how much money you have or how popular you are, or what kind of car you have or if you are a state senator or not, but by the choices you make.  As for my wife and I, this is the right decision at this present time.

If any of you have watched the sports movie “Facing the Giants”, I think you will also agree that we’re “preparing for rain”!

Either way, life is like a box of chocolates; you never know what you are going to get.  Like the news stories that come to us each week.  It will and has already been meandering from the beginning, hence from Becky’s Brewing’s to McNiven’s Meanderings!

See you at the Paper!