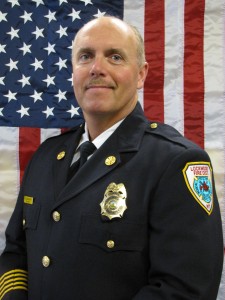 Lockwood’s Fire Chief Bill Rash was elected as the 2013 Fire Chief of the Year, according to the Montana Career Fire Chiefs Association.  Chief Rash heads up the Local Lockwood Fire Department District, which is in the next stage of building a new fire station in Lockwood. The recognition of Chief Rash spotlights yet another great thing about the Lockwood area.  The following is what was released from Randy McCamley, President of the MCFCA.

Chief Rash has been the Fire Chief in Lockwood since March of 2007. Since that time, he has undertaken a number of strategic initiatives designed to reorganize the agency to maximize the effectiveness in the delivery of services to his community, while maintaining the trust as a good stewards of the resources provided to him. He is always keeping his eye on the future and adjusting course as necessary to be able to continue to meet the requests for service

According to Randy McCamley the President of the MCFCA “Chief Rash is recognized as a quintessential fire service leader in Montana. His character and integrity as a public service is well respected among his priors across the state.”

Chief Rash was presented with an award commemorating his achievement at the annual meeting held in Great Falls MT, on December 18, 2013.