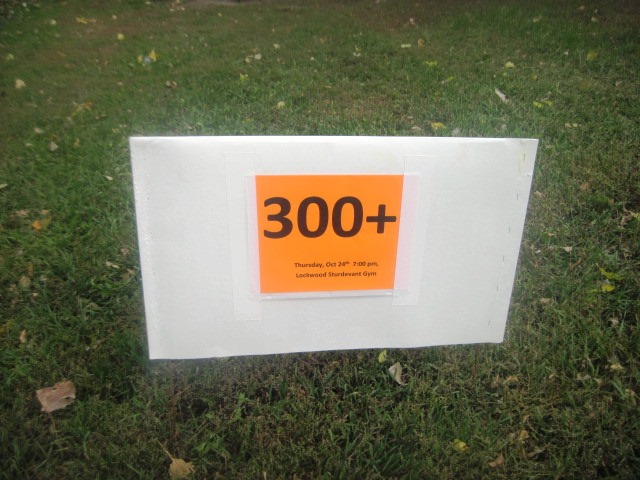 The Montana Economic Development Association (MEDA) has released the final report to the public as a precursor to the next meeting.

Gloria O’Rouke released the final report in preparation for this week’s Thursday night October 24th meeting at 7pm to be discussed at the Lockwood Sturdevant Gym, which is next to the Lockwood Eileen Johnson Middle School.   As she previously stated, this will be an action packed meeting in recommendations and suggestions to the community.  The agenda is set and will be followed in order to get all the information in as well as invite the community to organize in different sections for their number one priority for the Lockwood area.  Groups will be formed and champions will come out of the woodwork, at least that is what MEDA is suggesting and recommending.  That is why a challenge to the community of 300 or more people has been set and placed in order to get as many as possible to the community meeting.  The meeting was moved from the Lockwood Middle School in order to accommodate the challenged 300 people and possibly up to the max capacity of 512 people in the Sturdevant Gymnasium. 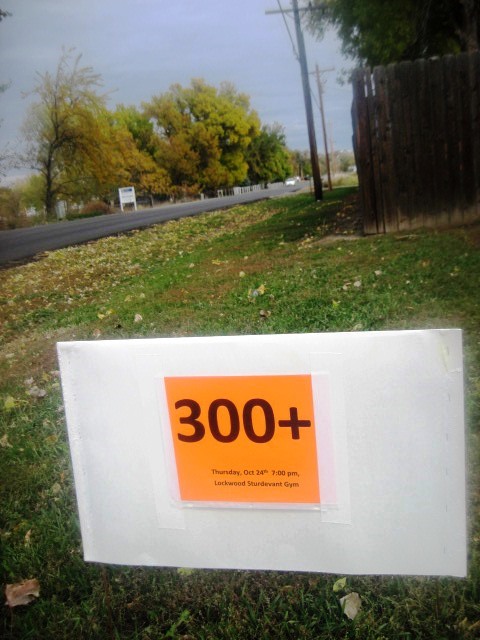 The stage is now set for the future of Lockwood. There are a number of short term and long term accomplishable recommendations that the resource team has provided in this report. Each of you individually must decide what it is that you want to do—what kind of project you want to tackle. It is also important for the entire community to be involved in finding ways to accomplish its goals. A few celebrations at the successful conclusion of an activity that has involved a large number of citizens will lead to a feeling of accomplishment that will carry over into other activities. Look through the suggestions, pick out one, and get started. It can be done. It is your choice, your decision; you can do it!

Some of the recommendations were as follows:   (You will have to read the whole report to find all of them)

Immediately change Piccolo Lane to a one-way street from north to south. This would reduce the potential for vehicular accidents, increase walking space on the lane, and could reduce congestion where Piccolo Lane joins the other major through streets. Cost would be minimal and require signage; but otherwise could function as it currently exists. The ACE grant program from the Montana State Fund might be a logical source of funding for signage for the project.

Long-term the community should work with the County Commissioners to secure ownership or easement of Piccolo Lane and develop a strategy to improve the conditions. With this being one of the few north/south through routes in the community; it will continue to increase in traffic.

Promote Lockwood as a Transportation Cluster in the state. Emphasize the diverse transportation infrastructure that is available including the rail, trucking and intermodal capabilities and businesses. Shelby has been very effective with this strategy and Lockwood has so much more to offer.

Doing nothing is always the easiest; but doing nothing doesn’t improve the conditions or address concerns expressed by residents of Lockwood. Certainly, the districts are important to the community and staff, board and those involved with the district are respected and supported by community members. Still there is always an opportunity to improve on what currently is the situation.

Co-location of administrative staff would increase communication, collaboration and offer opportunities to share costs i.e. phone system costs, internet connectivity, utility costs, construction costs, etc. While an autocratic system of governance for each district is desired to maintain autonomy; it is not the most efficient and cost effective. Collaborative efforts such as co-location take commitment, cooperation and a desire to make things better in the community.

Webpages are a major marketing tool for nearly every business; use your webpage faithfully. The public expects to be able to gain any information needed through the internet.

Issues should be prioritized and a group of citizens selected to meet with the county commissioners and appropriate staff (i.e. road supervisor) to discuss the issues and develop a plan to address the highest priorities. Items to be discussed should be non-controversial within the Lockwood community and have strong public support.

Lockwood’s census data shows that the Lockwood CDP has a population of 8,477 and a 2011 Median Household Income (MHI) of $47,059 compared to the State of Montana’s MHI of $43,872. This information should be shared everywhere. Lockwood is not a low income community. In fact, with this MHI it may make it more difficult to secure grants specific to low income residents.

Celebrate your successes. Too often we forget all that has been accomplished. You’ve had great accomplishments within the past ten years and they should be celebrated and announced broadly .

Every community can have a festival or event. Even Harlowton has the “Wind Festival” and Utica has the “What the Hay Contest”. You just need to have a group of dedicated volunteers and someone willing to step forward and coordinate the event. It’s great if you can incorporate your business community in the event. One of the main goals of a festival and event is to encourage others from outside of the community to visit your community and spend money in your community. Another function of a festival and event is to provide a celebration for those that live in your community to get together share successes, build a sense of community and the camaraderie that exists

The decision needs to be made whether to incorporate or not. Give the public an opportunity to make the decision. Each year that goes by it becomes increasingly difficult to incorporate and you become more trapped in your existing situation without the ability to control your own destiny.

You’ve been studying this issue for a very long time. You’ve had very knowledgeable people come into your community and talk to you about it, such as Mayor of Colstrip, John Williams; and Ken Weaver from the Local Government Center. There really isn’t much more that I can add, other than make a decision and live with it.

If you’re choosing not to put it before the voters because you don’t know what the outcome might be; then you might want to contact MSU – B or one of the other universities to conduct a poll. They often poll for political campaigns and could easily help you out with this poll.

There are more recommendations and many more resources in the final report.  However, the information will be put to the Lockwood Community so be there in order to be engaged while being one of the 300!

Some recommendations to be presented included