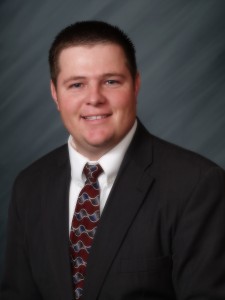 Hello Friends, The 62nd session of the Montana Legislature has adjourned on April 28th, 2011 at about 8:45pm of which we finished on the 88th day or two days early.  As this was my first 2-year term as an elected official, I have learned a lot in regards to the challenges that face our great state of Montana as well as the many great opportunities we hold. There was a strange kind of excitement in the air as we closed out the session though which was different from when we were sworn in January full of anticipation of the session before us.  Now as we all looked around the room we saw people who we had spent the winter months working with. There were literally births and deaths, mourning and celebrations, disagreements and strong alliances that we shared like a large family at Thanksgiving time. I think we were all excited to return to our homes and families last weekend. We were excited for our achievements and optimistic for the future of Montana and the opportunities that lie ahead.

We were able to finish work on SB 423, which was the medical marijuana bill.  It was one of the last votes we took before we adjourned.  There were a number of different bills regarding medical marijuana, but all others seemed to fail in one way or another. As I stated during my election in regards to medical marijuana, I would have rather sent it back to the voters to repeal the law but that bill didn’t’ make it out of the Senate so the last bill SB 423 made it all the way through to the governor which he said he will hold his nose and let it go into law.  This will closely regulate and monitor medical marijuana for those individuals who it was originally intended for are able to obtain it.  Meanwhile the rampant abuse by users and profiteers alike should be eliminated.  The Bill is not perfect and I’m sure there will be loopholes somewhere but that will need to be corrected in the next session.  The final bill was a bipartisan vote in the Montana House of Representatives regarding SB423.

I was one of only thirty nine members of the House who held up to tremendous pressure from the Governor, Lobbyists, and other Representatives’ and stopped passage of HB 439, a nearly $100 million bond issue.  This debt obligation required a 2/3 majority for passage in the House.  Not to mention the interest this would have committed the taxpayers, $150 million dollar debt over the next 20 years. This money would have been used to build additional state owned structures, many on campuses, and would have required millions of dollars more for continued staffing, maintenance and operations afterwards.  As I was in support of some of the needed projects in the bill, there were too many earmarks in the bill for special projects. With the state of our economy in Montana, I just did not think it was the right time for it, let alone the special projects some Representatives were pushing within the bill.

House Bill 2 was our constitutionally obligated bill or state budget that we had to pass in order to adjourn.  As the Governor planned to cut some 5% of the budget, we were fortunate enough to fundamentally structure the state budget so that OTO (one time only) funds were not a norm going forward.  We tried to budget the things that were important to Montana.  In order to do this, we had to tighten up our belts a little and reprioritize the things that were important to Montana.  When it was all done, and the legislature adjourned, we were close to the Governor’s proposed budget reduction but 6% lower instead of 5%.  As we all are learning to live within our means, its by the small and simple things we did in Helena that hopefully added to the future success of Montana.   We’ll now wait to see what the Governor does with the budget we put on his desk.

Finally,  I want to thank all those who have contacted me for one reason or another during the legislative session as I tried to respond to everyone in my district who took the time to contact me either by email, mail or by phone. Thank you for allowing me the opportunity to serve you and represent you in Helena.  I hope I was able to represent my district well and will continue to do so for the remaining 1 ½ years of my 2-year term.  Please continue to contact me for any reason as your State Representative in House District 44 by email at jonathanmcniven@gmail.com or by phone at 406-672-5941.  May God bless us and our great state of Montana.